Share
Twitter LinkedIn Facebook Email
The Education program works to ensure that students have the skills they need to succeed in the 21st century and the opportunity to maximize their potential. By putting students’ needs first and broadening educational opportunities for youth, whether through a college degree or career and technical training, Bloomberg Philanthropies focuses on giving more students a chance to contribute to their communities and pursue meaningful work.

“Every student should have the chance to succeed, no matter their zip code.”
Mike Bloomberg 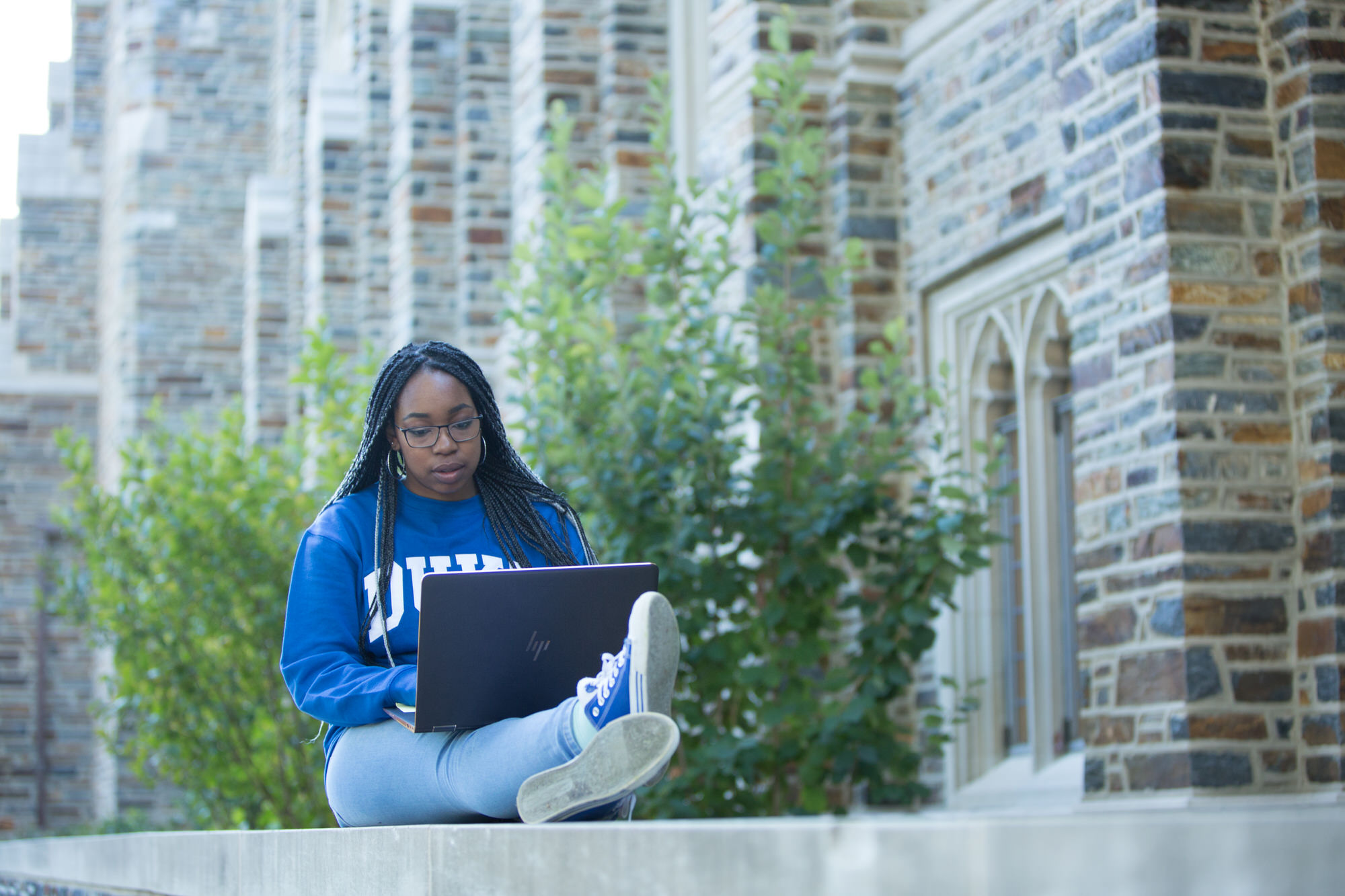 The Bloomberg Philanthropies-supported program CollegePoint helps high-achieving, lower-income students apply to top colleges. Michelle, now a student at Duke University, is one of 36,000 students who have participated in the program. 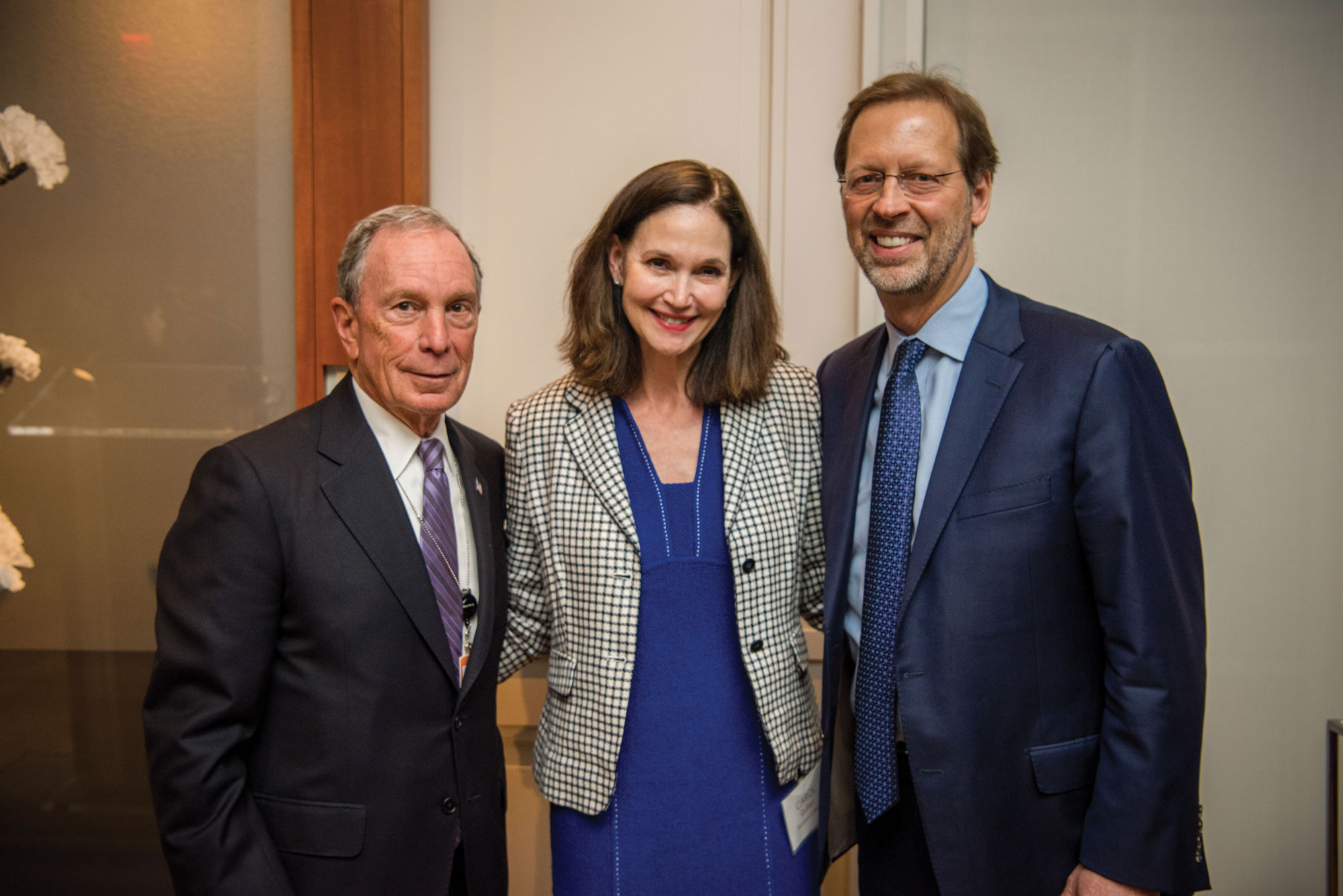 A Bloomberg Philanthropies-supported collaboration between the Aspen Institute’s College Excellence Program and Ithaka S+R, the American Talent Initiative is building a coalition of top colleges and universities with the highest graduation rates that seeks to substantially expand recruitment, enrollment, and graduation of talented lower-income students. Since its launch, the number of schools taking part in the American Talent Initiative has grown rapidly. Today, 100 top colleges and universities have committed to attract, enroll, and graduate 50,000 additional high-achieving, lower-income students by 2025.

School Spotlight: University of Texas, Austin
Goal: Eliminate gaps in graduation rates between students from low- to moderate-income families and those from high-income families.

The University of Texas at Austin has set a goal for a four-year graduation rate of 70 percent by building on its efforts to boost student success on campus. This work has already resulted in an increase in the four-year graduation rate from 52 percent to 66 percent, with the greatest progress among Federal Pell Grant-eligible, first-generation, and under-represented students.

Yale University has set a goal to enroll 150 more first-generation and 225 more Pell Grant-eligible students across the university as compared with current numbers by 2021. The university has already seen increases in both groups.

Participating schools as of April 1st, 2018. 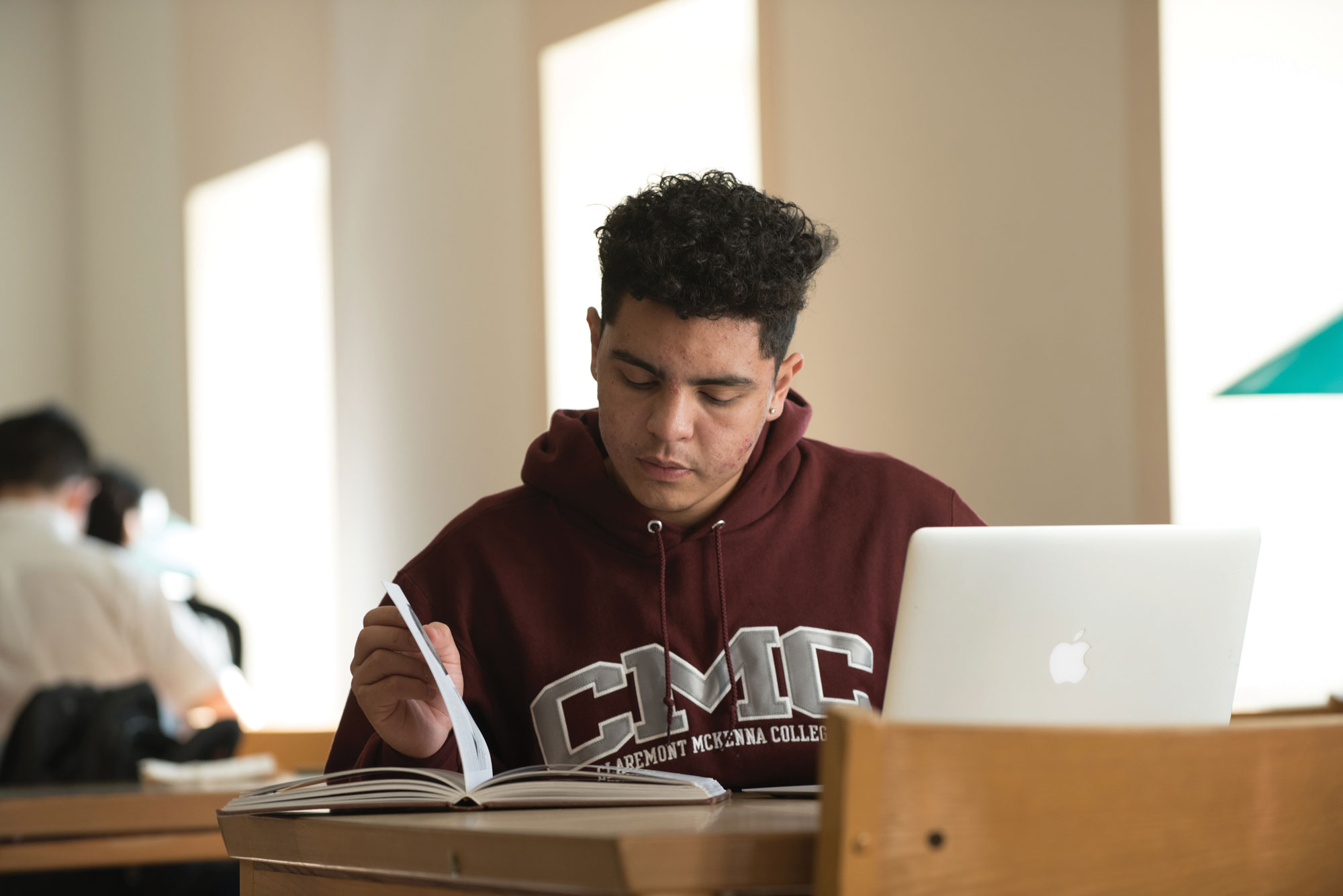 Bryan is a first-generation college student from Florida majoring in computer science at Claremont McKenna College.

“I wouldn’t be here today [at Claremont McKenna College] without the help of CollegePoint…my advisor helped me negotiate my financial aid as well as apply to the CollegePoint scholarship.“
Bryan
CollegePoint Student

Each year, tens of thousands of hardworking, high-achieving students from lower-income families fail to apply to even a single top college or university. These students often have limited resources and support to navigate the complicated college application process.

CollegePoint, with the expertise of partners like the College Board and ACT, seeks to broaden opportunity by increasing the number of high-achieving, lower-income students at the 270 U.S. colleges and universities with the highest graduation rates.

The program provides students with free college advising both on the phone and online, including admissions guidance and help navigating the financial aid process.

More than 36,000
students have enrolled in CollegePoint since 2014

and across the U.S.

The college application process can be overwhelming. CollegePoint gives one-on-one support to students, like Bryan, from expert advisors who have been in their shoes and understand their needs.

Mike Bloomberg supports education reform throughout the United States. He personally backs pro-reform public officials who work to enact meaningful policy changes that will ensure accountability and high standards in schools. This work is grounded in the belief that the solutions required to improve education require broad coalitions to put students’ interests first.

To measure progress, this work focuses on increasing high school graduation and college enrollment rates as well as improving academic achievement across the country in communities in states like Tennessee and Louisiana and in cities such as Washington, D.C., and Indianapolis, Indiana. 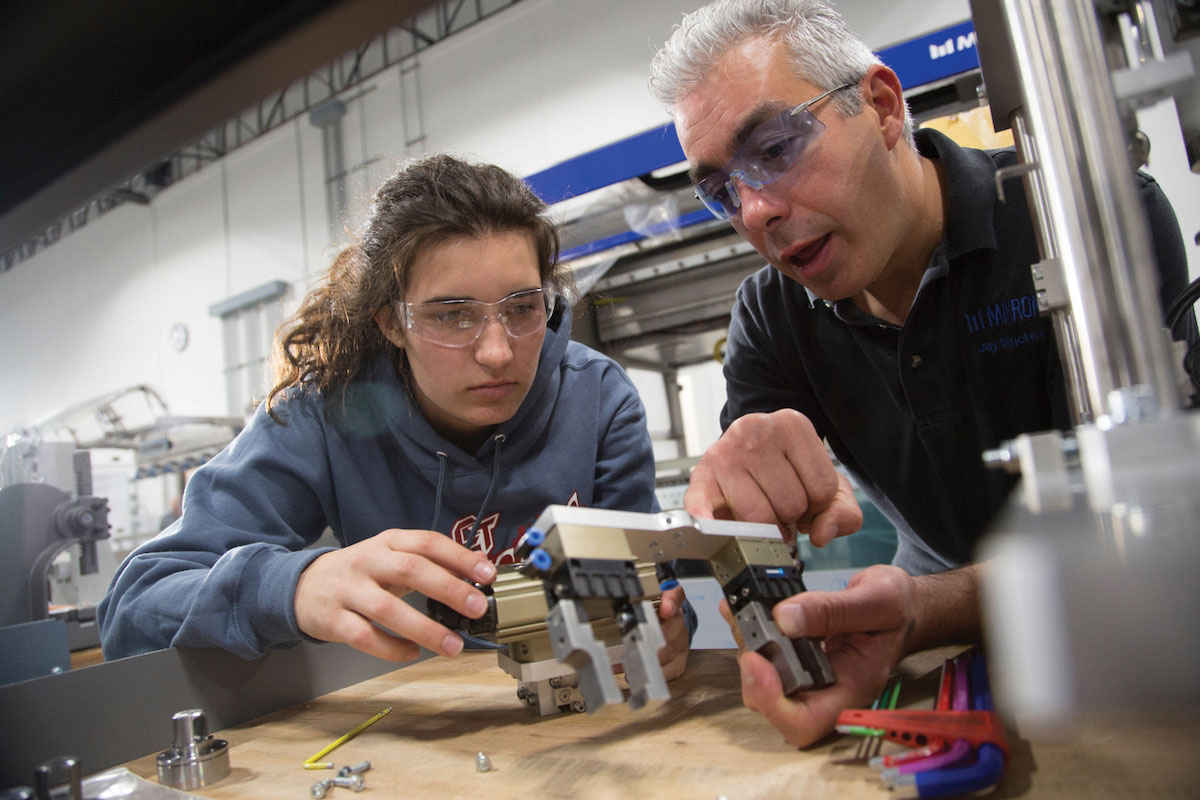 Breene is a student working at an advanced manufacturing company in Colorado. Credit: CareerWise Colorado

Bloomberg Philanthropies invests in efforts across the country to improve skills- and jobs-based training in high schools. By participating in innovative apprenticeship programs and industry-specific skills training in high schools in cities like Denver, Colorado, and New Orleans, Louisiana, students will gain greater access to middle- and high-skilled 21st-century jobs in fields such as information technology (IT), finance, business operations, and advanced manufacturing.

Central to this approach are partnerships between local industry and schools, which create opportunities for students to develop skills that will lead to meaningful employment. These promising models are backed by strong local leadership and support from across sectors and industries, leading the way for other cities to adopt proven strategies.

“I am actually making a contribution to this company.”
Breene
CareerWise Colorado Student

Students in Colorado are participating in apprenticeships based in part on the Swiss system, resulting in a skilled-workforce development pipeline for the state’s industry and new opportunities for youth.