Taking Action to Protect the Planet

The Environment program brings together a wide range of partners — including mayors, scientists, activists, and business leaders — to address the most serious threats to global sustainability. By fighting to replace coal with clean energy, working with cities around the world to reduce greenhouse gas emissions, and encouraging policies and practices to protect the planet’s oceans, Bloomberg Philanthropies is working for a healthier, cleaner, and safer environment. Additionally, in early 2018, United Nations Secretary-General António Guterres appointed Mike Bloomberg as his Special Envoy for Climate Action.

“The American government may have pulled out of the Paris Agreement, but the American people are committed to its goals — and there is nothing Washington can do to stop us.”
Mike Bloomberg 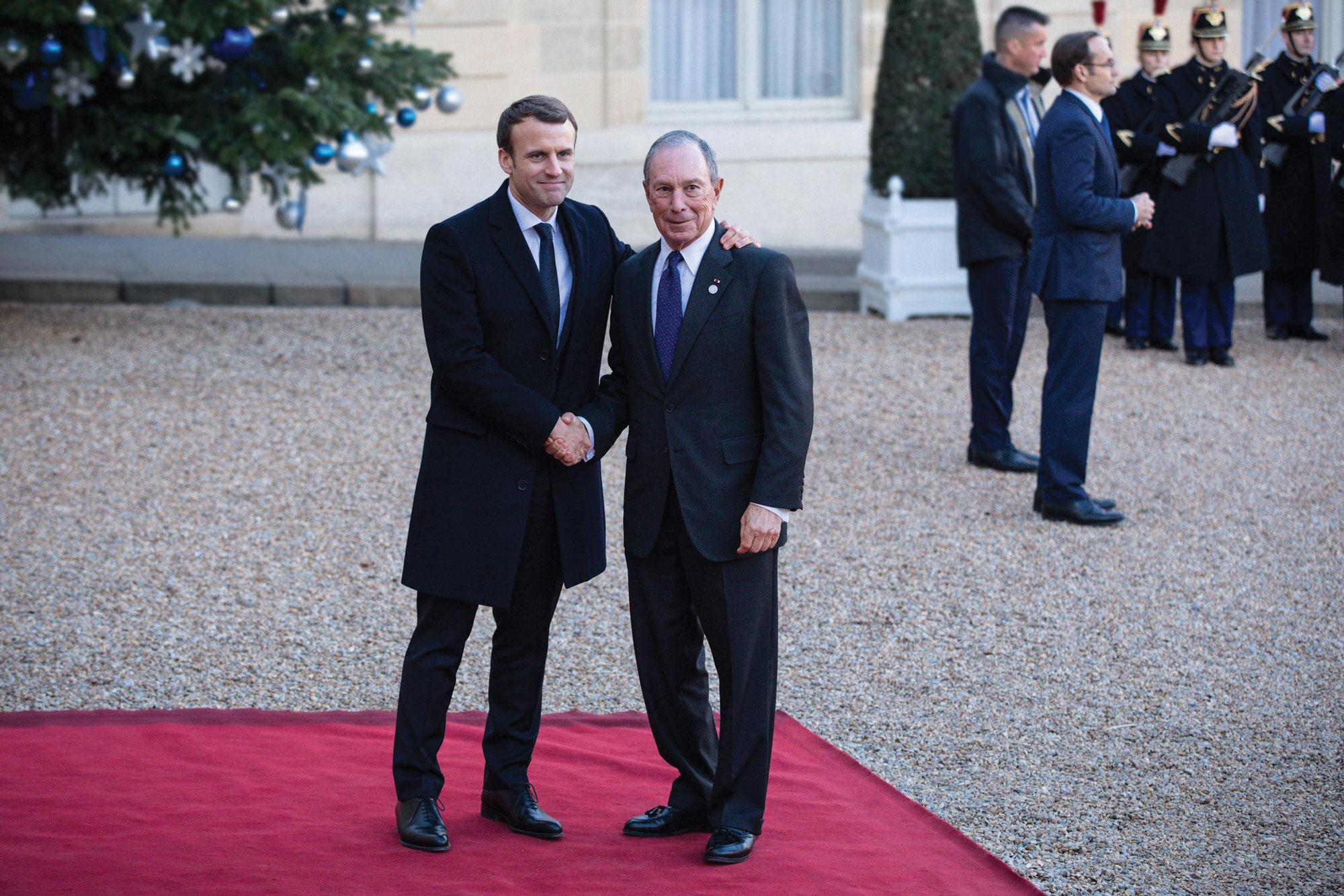 Mike Bloomberg represented the America’s Pledge coalition at the One Planet Summit, an international meeting of heads of state and business leaders working together to tackle climate change hosted by French President Emmanuel Macron in Paris, France. 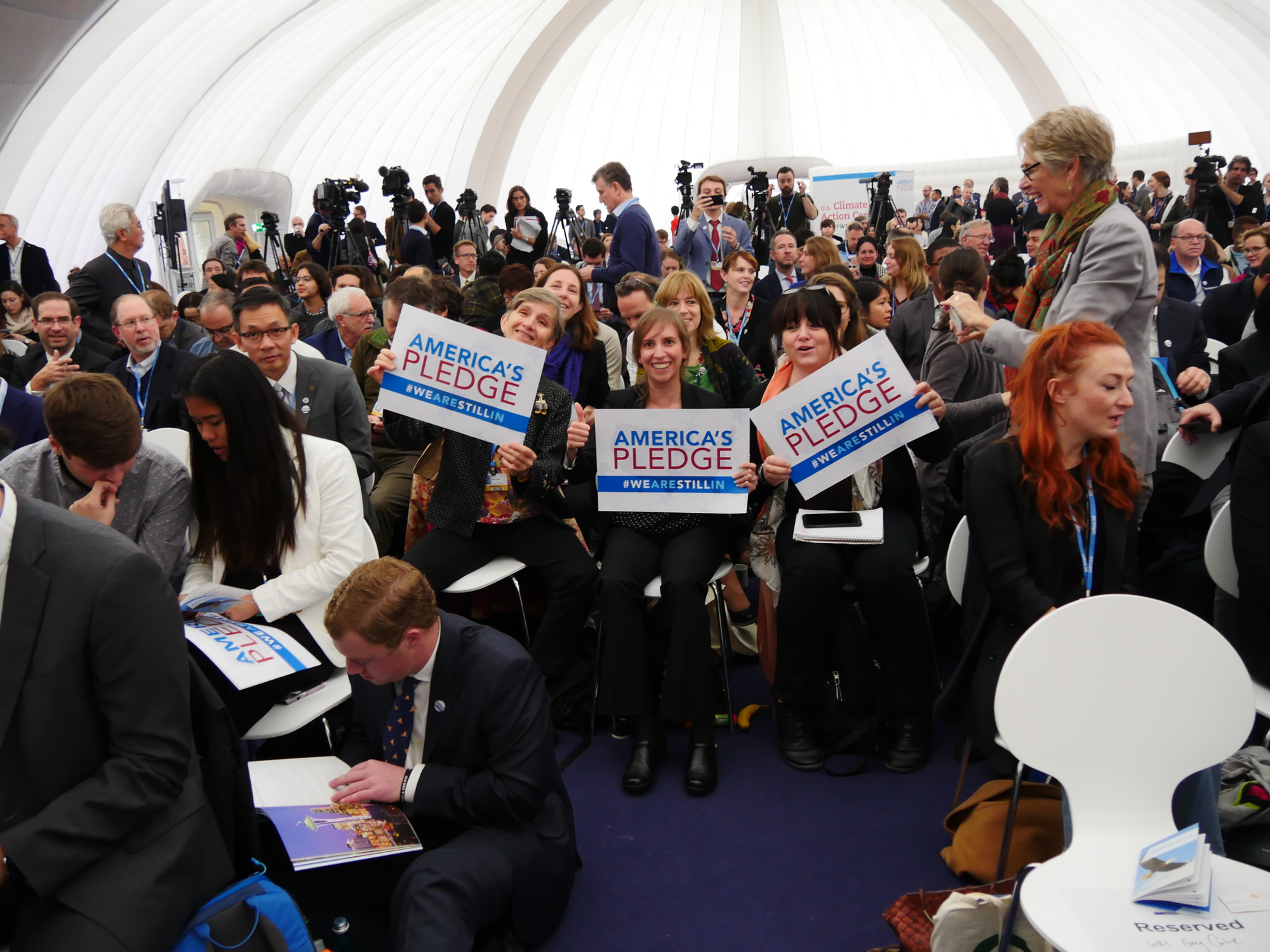 America’s Pledge supporters were able to connect with fellow members of the coalition at COP23 in Bonn, Germany. Credit: Gabriel DeVries/Bloomberg Philanthropies

When the White House declared its intention to withdraw from the Paris Agreement on climate change, Bloomberg Philanthropies took action to ensure that the United States would keep its commitments. The day after the news broke, Mike Bloomberg joined French President Emmanuel Macron and Mayor Anne Hidalgo in Paris, France, to assure the world that the American people were still in and would continue to make progress through local action.

Mike Bloomberg and California Governor Jerry Brown then launched America’s Pledge, a coalition that now includes more than a dozen states, 300 universities, 450 cities, and 1,700 businesses committed to achieving the goals of the Paris Agreement.

In Bonn, the U.N. accepted an America’s Pledge progress report and applauded its efforts. The report indicated that thanks to the significant efforts of cities, states, and businesses, the United States had already reduced its emissions by 11.5 percent from 2005-2015, putting it nearly halfway toward meeting America’s Paris goal.

During COP23, Bloomberg Philanthropies hosted a U.S. pavilion showing the world the range of U.S. cities, states, and businesses committed to the Paris Agreement.

Climate of Hope and From the Ashes

Reframing the Debate on Climate Change 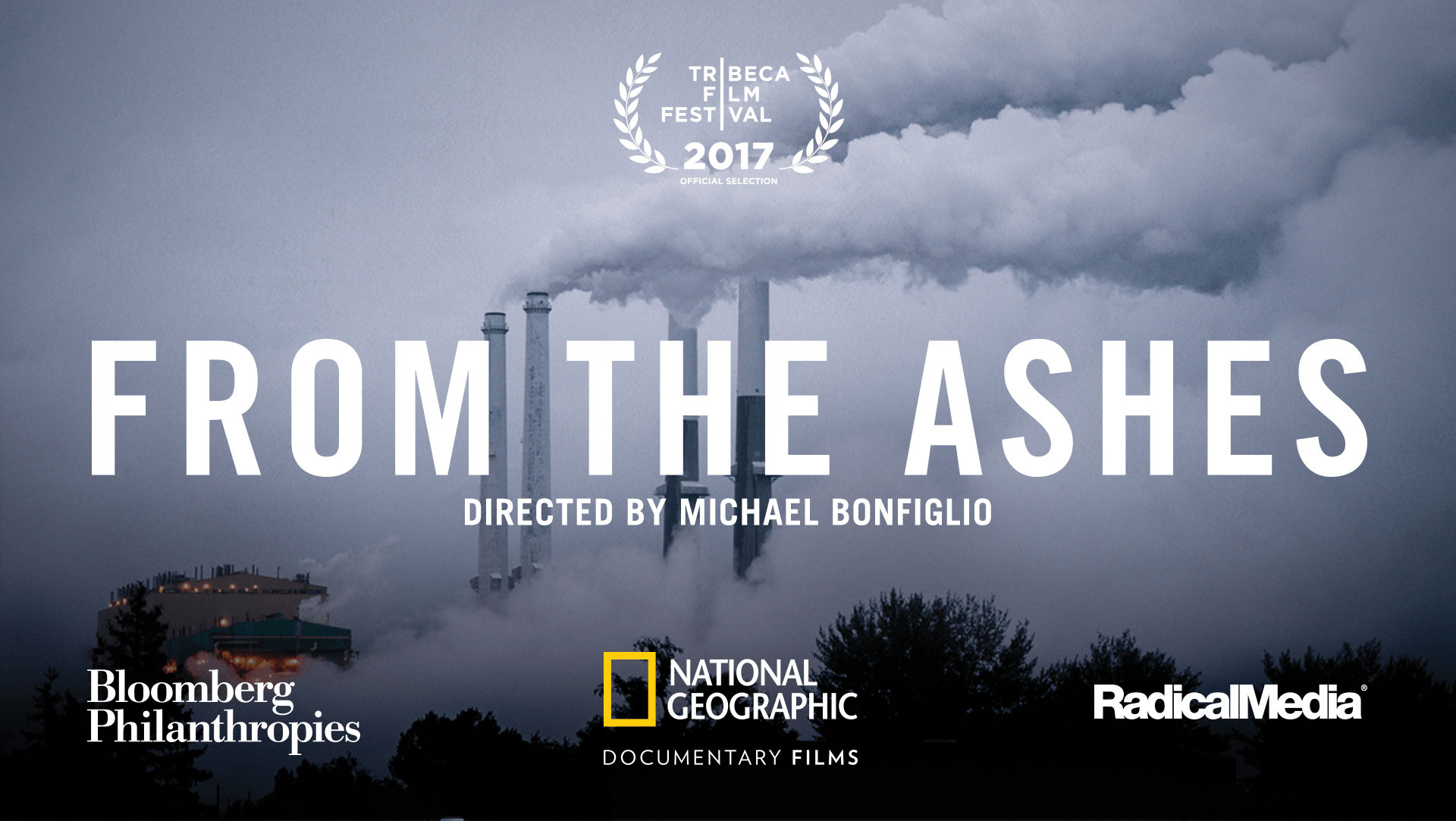 From the Ashes was produced in partnership with RadicalMedia.

As the climate debate becomes increasingly partisan, Bloomberg Philanthropies has reached new audiences and reframed the narrative around climate change.

In their book published in 2017, Climate of Hope, Mike Bloomberg and former Sierra Club President Carl Pope offered an optimistic look at the challenges posed by climate change — and the bottom-up solutions that can make the world healthier and more prosperous at the same time. Throughout Climate of Hope, they show how local leadership by citizens, cities, and businesses will ultimately make the difference.

“If Trump is looking for a blueprint, he could not do better than to read a smart new book, Climate of Hope.”
Thomas Friedman
Columnist, The New York Times 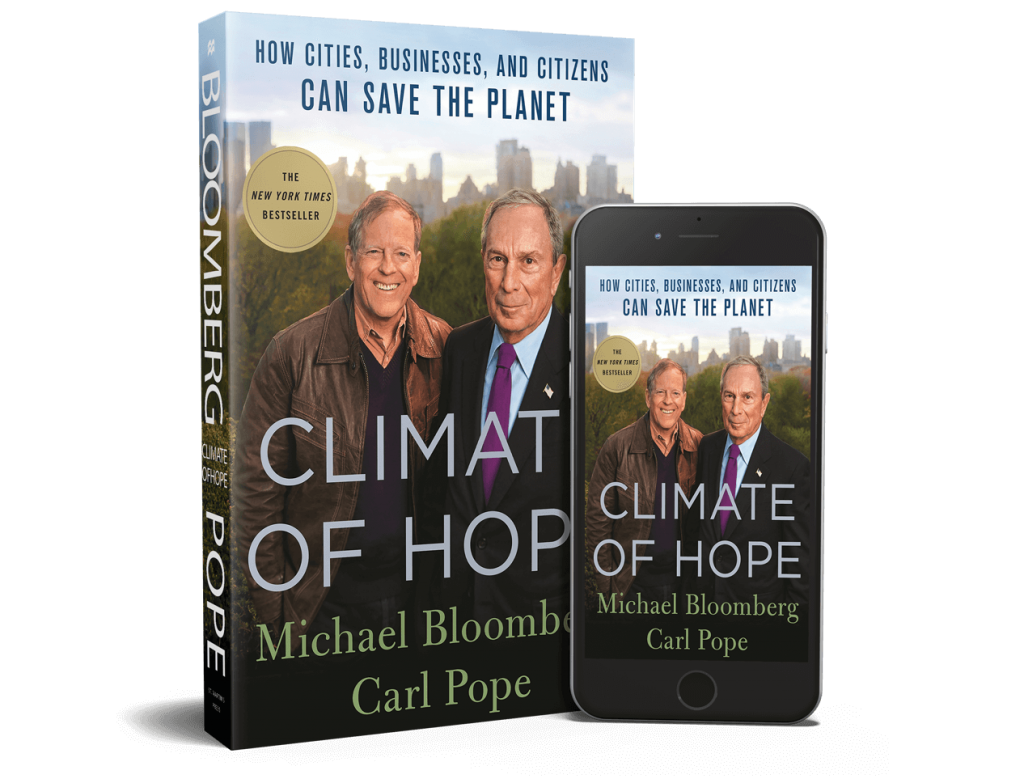 Inspired by the Sierra Club’s Beyond Coal campaign, Bloomberg Philanthropies co-produced its first feature-length documentary, From the Ashes, which explored the impact of the coal industry across the United States. The film premiered at the Tribeca Film Festival in 2017 and was shown at more than 300 screenings around the world, with many hosted by local community groups. From the Ashes was also released internationally by the National Geographic Channel.

C40, Global Covenant of Mayors, and the Task Force for Climate-related Financial Disclosures

Cities and Businesses Leading the Way to a Sustainable Future 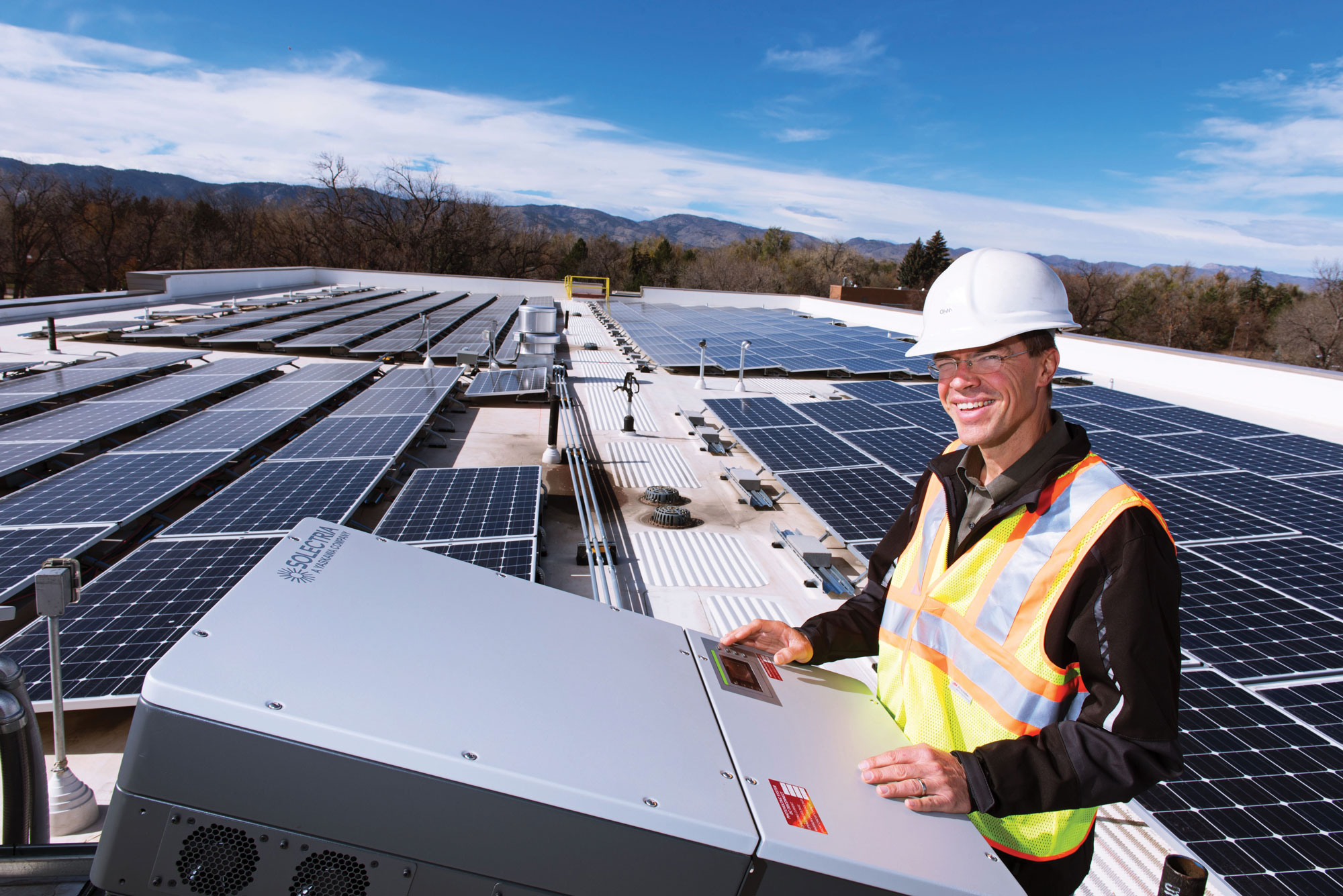 Around the world, cities are leading the fight against climate change, and Mike Bloomberg’s leadership of a number of key efforts is helping to ensure continued progress. He serves as board president of the C40 Cities Climate Leadership Group, a global network of megacities whose mayors are committed to reducing greenhouse gas emissions and improving their cities’ resiliency in a changing climate. The 2017 C40 Cities Bloomberg Philanthropies Awards, hosted in Chicago, recognized communities that have launched innovative solutions to adapt to the effects of climate change and combat its causes.

Meanwhile, the Global Covenant of Mayors for Climate & Energy, a coalition of cities and local governments that Mike Bloomberg also co-chairs, continues to fight climate change by building on the greenhouse gas emissions reporting commitments of more than 7,500 cities, representing more than 700 million inhabitants — more than 9 percent of the world’s population.

In late 2017, at French President Emmanuel Macron’s One Planet Summit, a new finance partnership was announced between the Global Covenant and the World Bank to increase funding by $4.5 billion for cities taking action on climate change. Also at the summit, Mike Bloomberg joined Bank of England Governor Mark Carney to announce that the number of companies in support of the Task Force for Climate-related Financial Disclosures had grown to nearly 240. Earlier in 2017, the Task Force published voluntary recommendations for climate-related information that companies should disclose to help investors, lenders, and others make sound financial decisions.

Moving Beyond Coal Toward a Clean Energy Future in the U.S. and Around the World 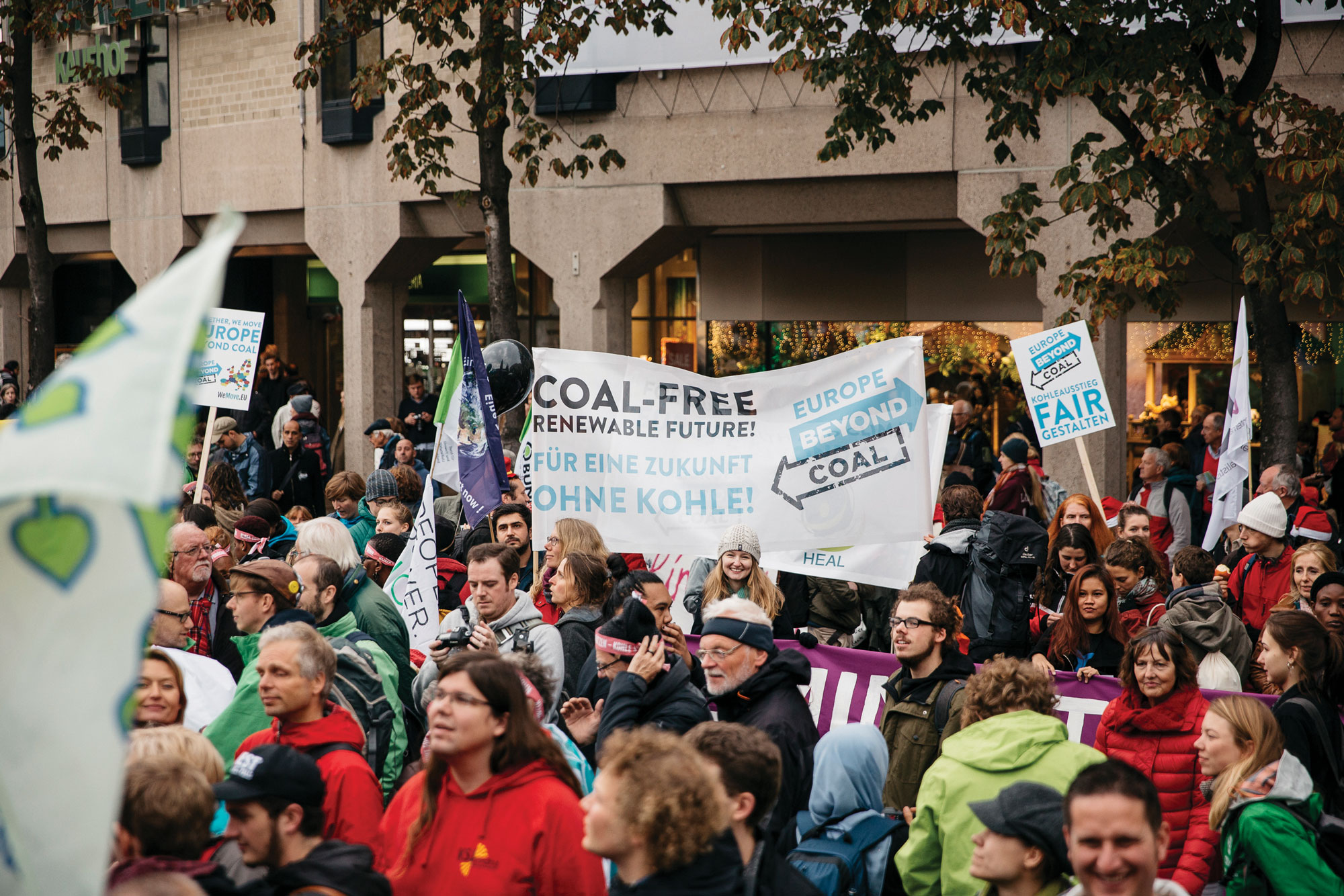 Since 2010, Beyond Coal, a Bloomberg Philanthropies-backed campaign led by the Sierra Club, has helped close more than 268 coal-fired power plants throughout the United States. In 2017, the campaign surpassed its initial goal of shutting down half of the 523 coal-fired power plants that were operating when the campaign began. Closing these plants has led to significant emissions reductions from the U.S. energy sector.

In 2017, Bloomberg Philanthropies doubled down on the campaign, committing an additional $64 million to support Beyond Coal’s work across America.

While Beyond Coal continued its work in the United States, in 2017, Bloomberg Philanthropies also announced a $50 million commitment to expand the effort overseas, starting in Europe. The campaign has already helped the push to close some of Europe’s dirtiest plants.

Ten European countries are already coal-free and an additional ten have now committed to a coal phase-out by 2030 or earlier.

Restoring and Protecting the World’s Oceans 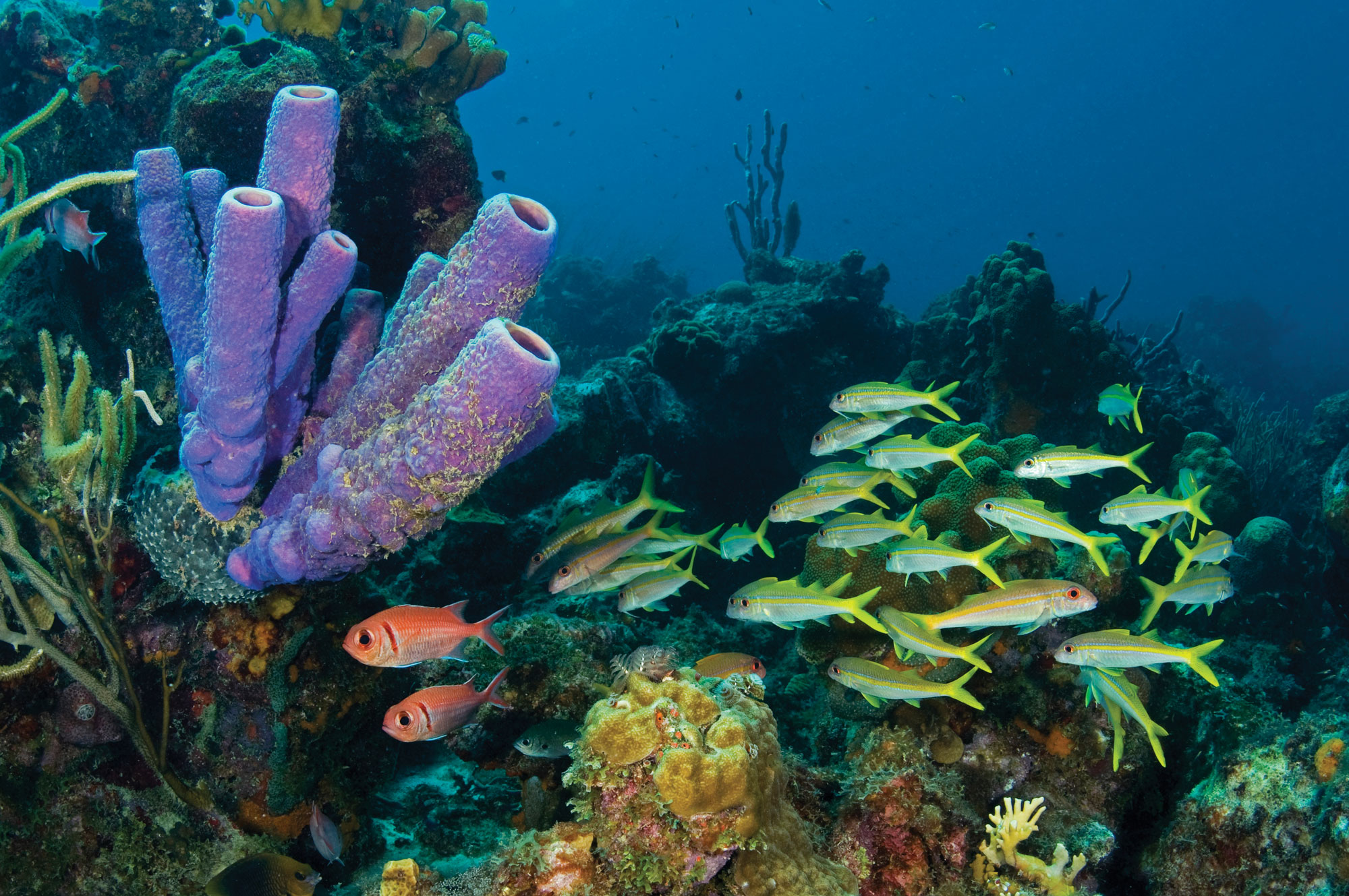 Fish on a reef in the Maldives in the Indian Ocean. Credit: The Ocean Agency

One billion people across the globe rely on fish as a primary source of protein in their diet. As the world’s population continues to grow, the demand for fish is projected to rise by more than 20 percent by 2030. At the same time, the global fish population is declining due to overfishing and pollution. Destructive fishing practices and climate change pose further threats to ocean ecosystems. Experts predict the collapse of up to 90 percent of coral reefs by 2050, resulting in habitat loss for one-quarter of the world’s marine species and devastating impacts on global fisheries.

The Vibrant Oceans initiative works to protect marine ecosystems in two ways. Since 2014, Bloomberg Philanthropies has worked to restore fish populations in Brazil, Chile, Peru, and the Philippines by helping to pass laws, protect habitats, and invest in sustainable fishing infrastructure. This effort assists governments and communities to better manage their fishing industries and enhance food security. Data from sites in the Philippines suggest that these interventions have helped local fish populations rebound by 390 percent on average. Meanwhile, in 2017, Chile banned the destructive fishing practice of bottom trawling in 98 percent of its national waters.

At the same time, Bloomberg Philanthropies is working with ocean, climate, and marine scientists as well as conservation practitioners from across the globe to identify the world’s coral reefs most likely to survive climate change and develop a coordinated strategy to protect them from overfishing and pollution. By collecting and sharing the data about these important sites, this initiative aims to help mobilize action to help save these coral reefs during the 2018 International Year of the Reef and beyond. 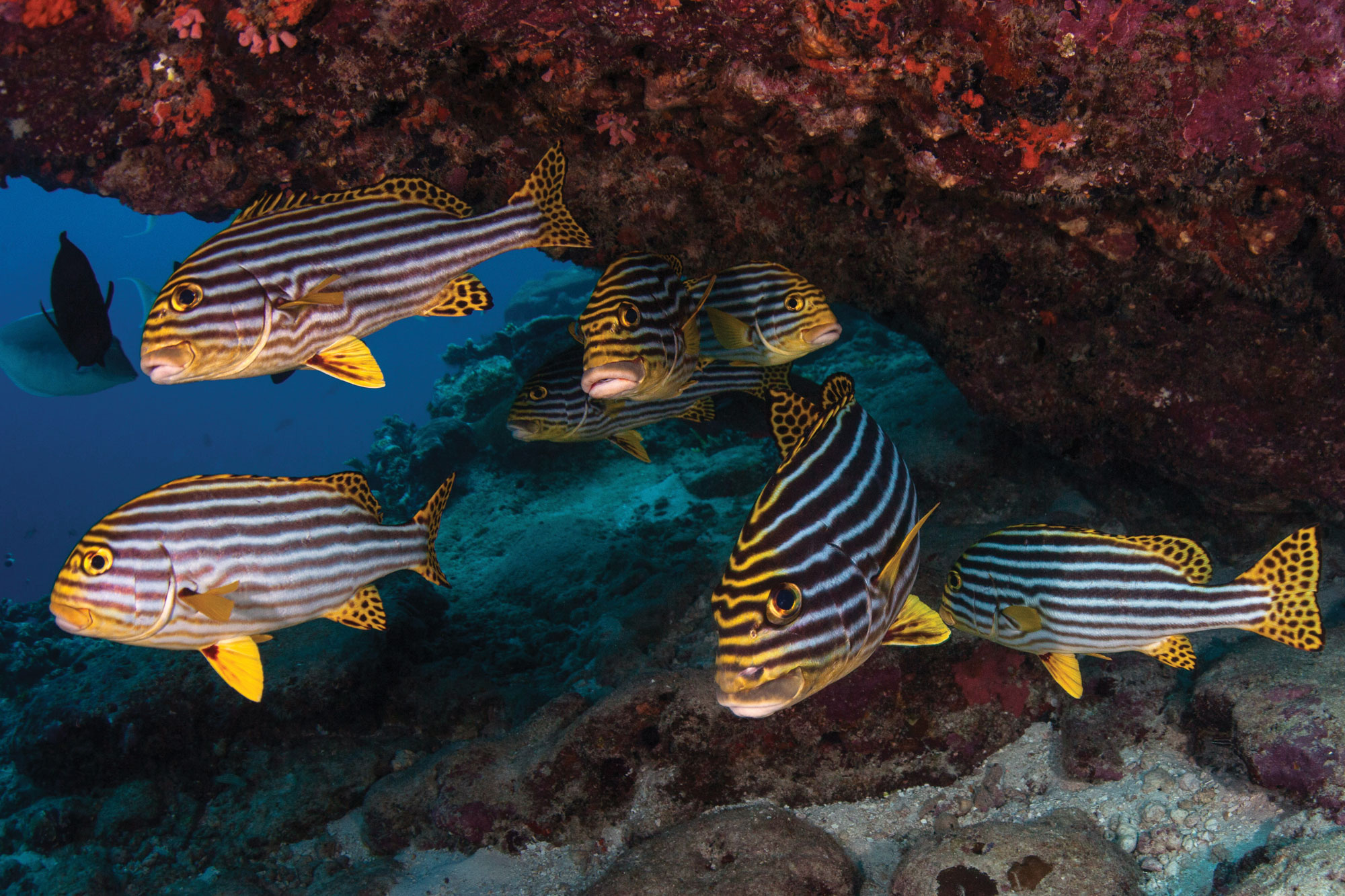 Fish on a reef in the Maldives in the Indian Ocean. Credit: The Ocean Agency 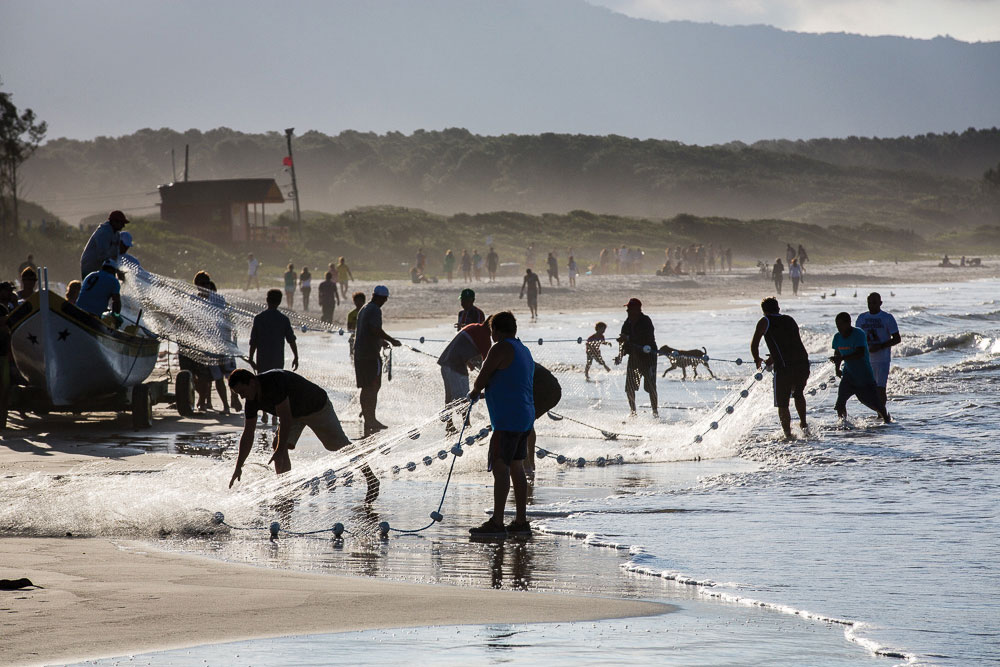